Research from the Office of National Statistics last week revealed those aged 16 to 24 in Great Britain were less likely to drink than any other age group.

In the UK alone, there are around 31m Facebook users and, by 2018, the number of UK residents expected to be on social media will reach a staggering 36.4m.

Kevin Abbott, licensee at the Anchor in Wingham, Kent, claimed his clientele were more "mature" as a result of social media.

He explained: “Our client base in the pub is 30s and over, we hardly get anyone in their 20s come in.

“The Saturday night with loads of young people has gone now. People are making their own entertainment, and social media does have quite a lot to do with it.”

However, Abbott added that attracting an older crowd does have its benefits, especially when it comes to licensing matters.

36.4bn - the estimated number of UK residents that will be on social media in 2018

He added: “While we miss out on the younger drinkers, in some ways, we quite like being a mature pub and the mature people who come in here like it too.

“We never have to ID anyone because they are so obviously over 18.”

But, Abbott admitted that social media is an good tool for small businesses to advertising events for free and interact with the local community.

He said: “We run a Facebook group and use Facebook for a lot of events and it does help.

“We have got a fantastic Wingham village group, which includes our prime people who we want to tell when we have something going on.”

She said: “Social media is massively important for us because as a small, independent business, we don’t have a PR company or advertising budget.”

She also outlined how social media impacts the drinkers in her pub but highlighted that health is a bigger contributing factor as to why Millennials are going out less.

She added: “Going to the gym and restricting the amount they drink is their lifestyle now, which is all about image.

“Instagram especially is all about image and people are very much image conscious now, which wasn’t a thing when I was young.”

The Ebrington Arms in Chipping Campden, Gloucestershire, is very active on social media and it uses various platforms to advertise events, food and more.

Licensee Claire Alexander said Millennials not using pubs was “really sad and they don’t know what they are missing out on”.

She added: “With everyone talking about anxiety and social isolation, pubs are more important than ever.

“Young people should be out more so they excel in a social environment, it really helps with jobs and relationships.”

Social media is something pubs need to seriously consider, Alexander said: “We use Instagram, Twitter and Facebook and pubs need them all – for inspiration to visit us, to stay in our rooms and make their mouths water.” 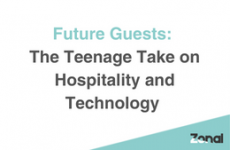