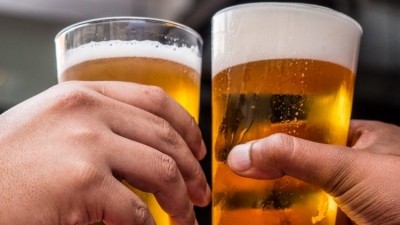 A record number of trademarks were registered for beer last year, with a jump of 6% more registrations than in 2017. 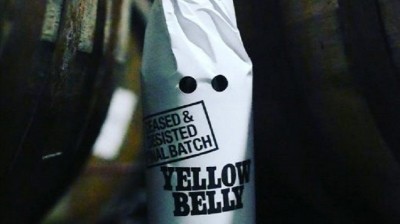 Yellow Belly, brewed by Buxton Brewery and Swedish company Omnipollo, may be discontinued amid a trademark dispute. 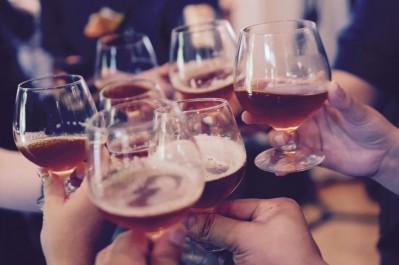 Number of beer trademarks rises by 19%

The number of new trademark registrations in the UK for beer brands has risen by 19% during last year, as larger drinks companies seek to introduce ‘craft’ products. 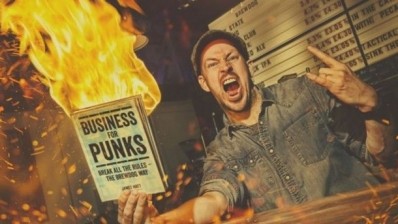 Has BrewDog bitten the hand that feeds?

BrewDog’s trademark dispute with an independent pub is likely to have upset many beer aficionados. But experts say James Watt’s craft beer behemoth acted the way many companies of its size do to protect intellectual property. Was BrewDog really out of... 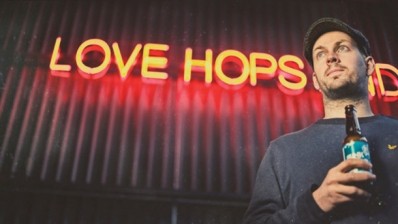 BrewDog pleads “please don’t steal our trademarks” in a blog post following the dispute over a Birmingham pub name that left the brewer and pub operator criticised by consumers. 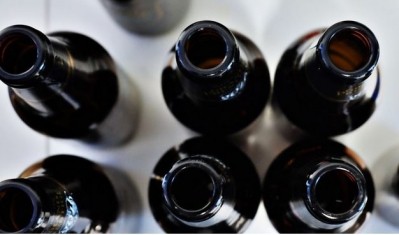 Beer trademark registrations in the UK have hit a record high, following the continued rise in the popularity of craft beer, according to City law firm RPC. 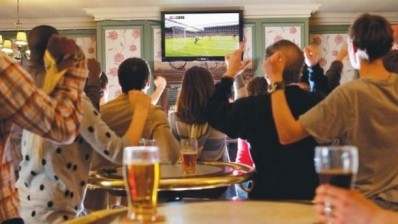 The licensee of a Birmingham pub has been ordered to pay more than £70,000 to Sky after she was found to be broadcasting sports from the TV giant illegally. 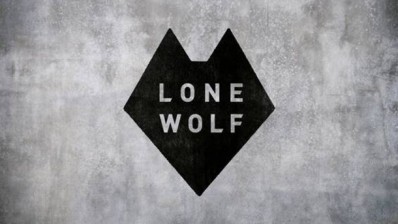 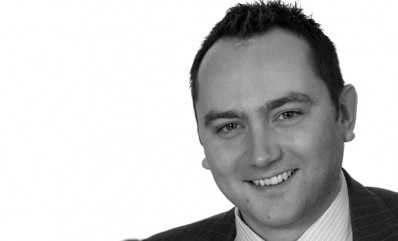 Establishing the value of a pub business

There are many aspects to consider when trying to establish the value of a business. Here, Jeremy Over gives us his insights. 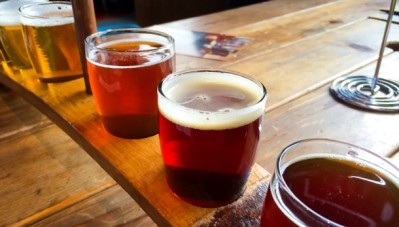 There has been a dramatic boom in the number of beer trademarks in the UK according to law firm RPC, who warn disputes are likely as breweries battle to stand out in an increasingly crowded market. 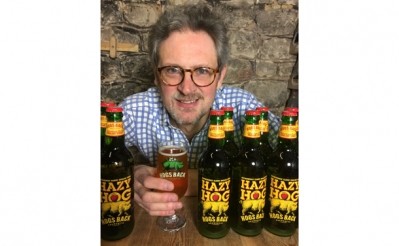 Hogs Back Brewery has launched legal proceedings against Magners after claiming the cider brand infringed its trademark Hazy Hog. 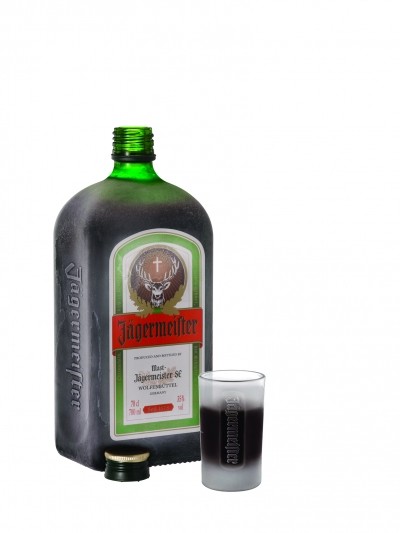 Mast-Jäegermeister UK has warned it will take legal action against pubs and clubs that repeatedly ‘pass off’ and ‘pour over’ as part of a fresh crackdown. 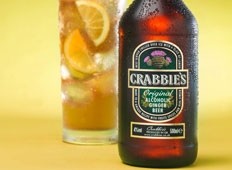 Halewood International and TicketyBrew announced they have reached an agreement with regard to the trade mark ‘Tickety boo’ and application to register ‘TicketyBrew’ in the same category, alcoholic beverages. 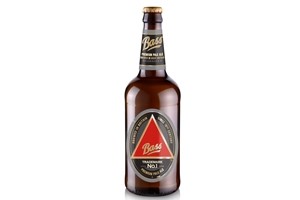 Bass Pale Ale is to change its name to Bass Trademark Number One as brewer AB InBev looks to cash in on the brand’s history as the first ever registered trade mark in the UK.

There is still time for local Pubwatch schemes to enter the Diageo National Pubwatch Awards. 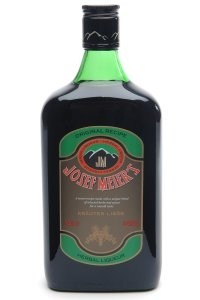 Jagermeister competitor hits back at 'passing off' claims

Herbal liqueur brand, Josef Meier’s, is encouraging greater communication in pubs and clubs which sell its product to ensure it is not passed off as its competitor on-trade product, Jagermeister. 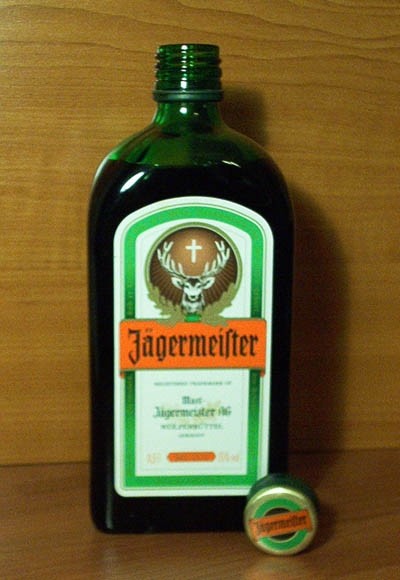 Jägermeister acts on 'passing off' at bars

The maker of Jägermeister, the herbal liqueur brand, has warned five bars to stop passing off other products as Jägermeister or face legal action.

Pub operators must change to survive

Delegates at the Peach 2020 Conference were told that pub operators must get to grips with brand perception and rising food prices to survive.... 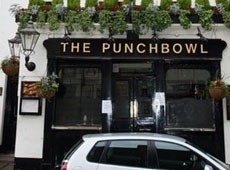 British film director and Madonna's ex Guy Ritchie is planning to open his own brewery, according to reports.

These terms and conditions apply to the Whyte and Mackay darts competition. All references to 'our', 'us', 'we' or 'company' within this policy are... 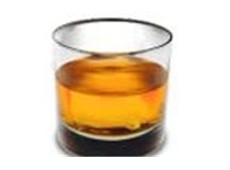 Over 2% of pub licensees are still ripping off customers by passing off cheap spirits as premium brands. The International Federation of Spirits...

Midori given new look and taste

Melon liqueur Midori will have a new bottle and improved recipe in the UK from May as part of a £20m global investment over the next five years. To...

Cobra boss on his recipe for success

Cobra founder Karan Bilimoria has published Bottled for Business, an account of how he founded and built the Cobra beer brand. Bilimoria was 27 and...

A growing number of pubs have been tempted into believing that, where spirits are concerned, there really is a substitute for the real thing. But as...

Branding on the brain

Strong brands guarantee quality and ultimately good profit. Pete Brown looks at the ethos surrounding them and why, more than ever, pubs need them.... 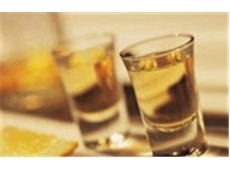 Two east London licensees have been fined for passing off cheap spirits as brand names like Smirnoff and Bacardi. The Cross Keys in Dagenham and the...

The European distributor of Mexican beer Corona has lost its seven-year battle to trademark its bottle and wedge of lime. The European Court of...

Anheuser-Busch has successfully blocked Czech rival Budvar's right to use the Budweiser trademark in Italy.The Court of Rome has cancelled three...

by Ewan Turney Pub company Laurel has won a dispute with a disaffected ex-employee over a website domain that pinched its Hog's Head pub chain name....

A number of drinks brands have been officially declared "cool" as part of an initiative undertaken by the Brand Council.Three lagers - Red Stripe,...

GBL, the company behind VK Vodka Kick, is considering a David and Goliath battle with Bacardi Martini, which is set to launch a new product called...

The epic David and Goliath battle between Anheuser-Busch and Budweiser Budvar over rights to the "Bud" name has seen another round go to the Czech...

by Mike Bennett Coors ­ a year on from taking over the old Bass beer empire ­ admitted it had only grown its sales by a "low, single-digit"...

by The PMA Team Interbrew is investing £500,000 in Cask Marque to help licensees ensure a high-quality drinking experience for pubgoers. The...

Wadworth & Co has taken back control of its Wadworth 6X brand, ending a six-year joint-venture with Interbrew UK. The Wiltshire-based brewer has...

Licensees are still breaking the law by passing off cheap spirits as popular brands, despite a major crackdown by trading standards officers...

The Federation Brewery has resurrected one of the North East's most famous beer brands with the relaunch of Samson Smooth.First brewed in 1932 by...

Many licensees get away with breaching a creator's copyright without even realising they are doing it - but there are some areas where this could end...

World's brewing giants to fight it out for Carling

Heineken and Anheuser-Busch are said to be the top contenders in the bidding war for lager brand Carling when it is put on the market later this...

The decision on the future of Bass Brewers has been further delayed after the focus of the DTI's deliberations shifted to the Scottish market.Trade...

An undercover investigation in Britain's pubs has discovered that as many as one in 12 bottles of branded spirits contains cut-price substitutes.The...

Uncertainty over the future of Bass's brewing arm has not stopped the company winning considerable amounts of new business across the UK.Speculation...

UDV is planning to gin and bar it

The trend of brands opening their own outlets is continuing with news that United Distillers and Vintners (UDV) is set to open a Tanqueray gin...