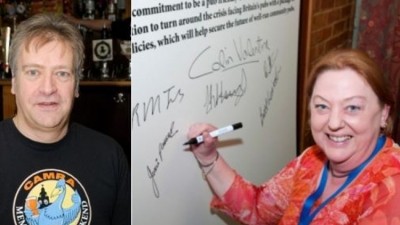 The Campaign for Real Ale's (CAMRA) national chairman Colin Valentine will step down next year and will hand the reins to current vice-chairman Jackie Parker. 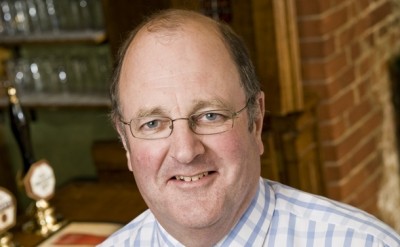 Greene King chair to be replaced by former Diageo man

Greene King has announced chairman Tim Bridge is to step down after 45 years with the company, to be replaced by former Diageo finance director Philip Yea. 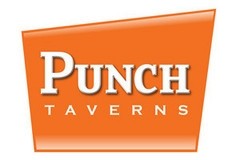 Griffiths in the frame as hunt for new Punch CEO begins

Punch Taverns chief operating officer Neil Griffiths is a “strong candidate” for the role of chief executive, and the group would look at candidates with retail skills from inside and outside the pub sector, executive chairman Stephen Billingham has said. 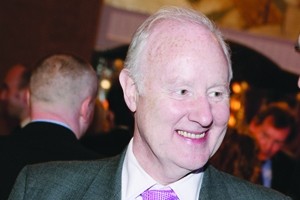 Robert Humphreys to step down from Parliamentary Beer Group

Robert Humphreys is to step down from his role of honorary secretary of the All-Party Parliamentary Beer Group after 21 years, which he has held since the group’s formation in 1993, the Publican's Morning Advertiser has learnt. 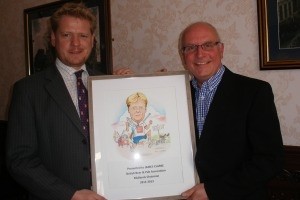 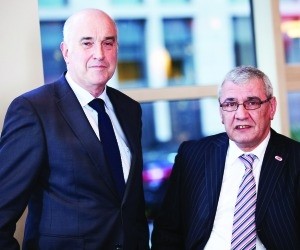 PICA-Service: how does it work?

When the Government agreed the self-regulation deal over the pubco-tenant relationship one of the major actions was the setting up of a Pubs Independent Conciliation & Arbitration Service or, as it is now called, PICA-Service. 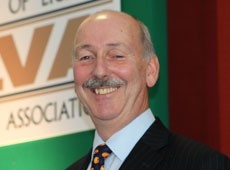 Confusion surrounding the setting up of an advisory service for new people coming into the pub trade has been caused by the absence of an overall governing body, claims Federation of Licenced Victuallers Association chief executive Nigel Williams. 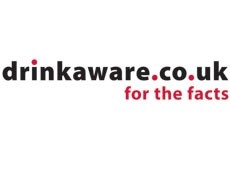 An Independent Review Panel has been appointed to conduct an independent audit of the activities and effectiveness of alcohol charity Drinkaware. 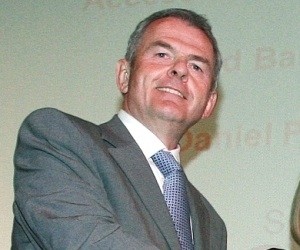 Martin Grant resigns as chairman of the BII

Martin Grant has resigned as chairman of the British Institute of Innkeeping (BII) following a “watershed” month for the organisation.

The BII has provisionally named the half-dozen ‘experts’ who will take six of the places on the organisation’s slimmed-down national council.

Senior circuit judge named as the vice-chairman of PICA-Service

A senior circuit judge, the Honourable Trevor Barber, has been appointed vice-chairman of the Pubs Independent Conciliation and Arbitration Service – known as the PICA-Service. 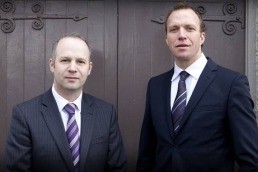 The chairman of Robinsons, the Cheshire-based brewer and pub operator, has passed on day-to-day management to nephews Oliver and William Robinson.

Convivial London Pubs, the eight-strong London estate that was previously run as Capital Pubs II, has reported a turnaround in trading performance in the year to 1 October 2011, with pre-tax profits up 32.3% to £474k. 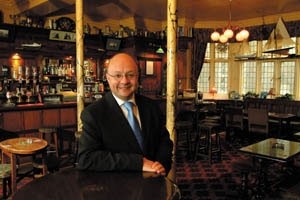 David Myers, industry veteran and current chairman of Premium Bars & Restaurants and La Tasca, has been appointed as the new chairman of Walkabout operator Intertain. 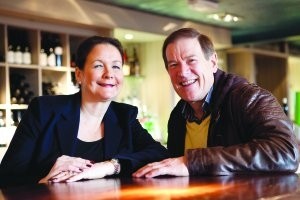 CD Pub Co plans to add one site per year

CD Pub Co, the Warwickshire-based pub company founded by two senior figures from the property industry, has announced plans to add one site per year over the next five years. 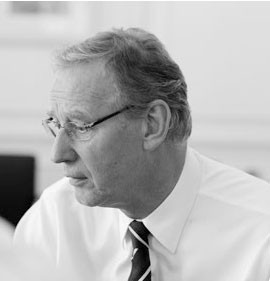 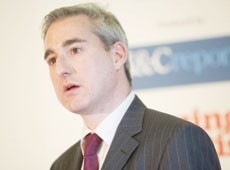 Mulholland: Government must intervene to stop tragedy of Beer Orders

The Government must intervene to solve the “tragedy” of the Beer Orders, claims Liberal Democrat MP and pub campaigner Greg Mulholland. 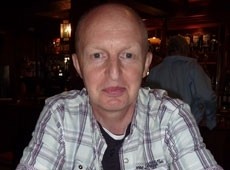 Blogger Robert Sayles takes a light-hearted look at a preliminary hearing held by the Businness, Innovation and Skills Committee. 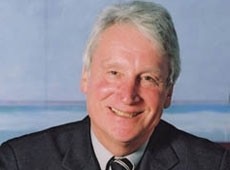 Poppleston Allen founding partner Jeremy Allen has been elected as chairman of the Institute of Licensing (IoL). The IoL aims to develop, recognise... 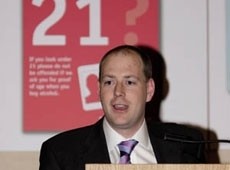 The Wine and Spirit Trade Association will expand its role on behalf of the spirits sector in the New Year. 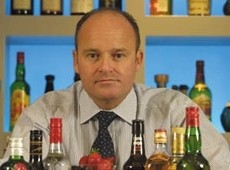 Pub and drinks trade chiefs have called on the Government to press ahead with plans to cut the deficit.

A licensee of a private members club has been named as the new chairman of the Licensed Trade Charity (LTC). Annette King, who runs Boothy's in...

Business secretary Vince Cable has been confirmed as the keynote speaker at an industry event. He will talk at the Business in Sport & Leisure... 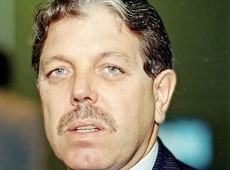 Labour MP Alan Meale has been revealed as the new chairman of the All-Party Parliamentary Beer Group. The Mansfield MP replaces John Grogan, who was...

The influential parliamentary committee which has investigated and produced hard-hitting reports on the pubcos has a new chairman. Labour MP Adrian... 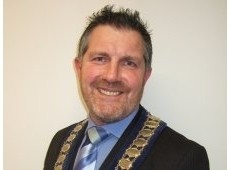 M&B shareholder has "no confidence" in group's chairman

Days before its crucial annual general meeting a significant minority shareholder in Mitchells & Butlers (M&B) has indicated it has "no...

The Observer has claimed M&B chairman Simon Laffin had his home swept for bugs in the latest twist in the boardroom row led by Joe Lewis. 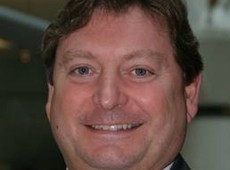 Vice chairman of the Save the Pub Group has urged members to focus on cuts in beer tax rather than breaking the beer tie. 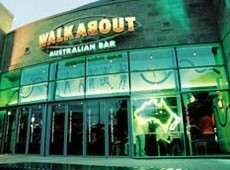 Just before Christmas, Regent Inns held a meeting with its worried suppliers to stress it was not on the verge of going bust. The company was not... 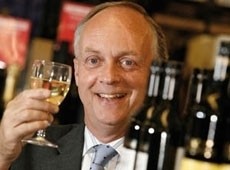 The Wine and Spirit Trade Association has nominated former Majestic Wine chief executive Tim How as its new chairman.

Regent Inns' shares fell 23 per cent to 5p today after the Walkabout operator announced it had ceased takeover talks with a potential buyer.The...

Premium Bars & Restaurants' (PBR) decision to relocate its head office from Newcastle to Manchester will only affect up to five of the office's...

The prospect of an M&B/Punch merger is changing the landscape of the industry, says Neil Morgan Can you name one of the few pub groups to report...

Independence on the line for M&B

The merger of Punch and Mitchells & Butlers would create a marked contrast in styles at the top of the organisation. Punch boss Giles Thorley... 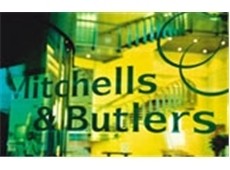 Brendan Hynes, finance director of Lancashire-based soft drinks group Nichols, is to step up to the chief executive role with immediate effect.Hynes...

Last call for tickets to RDR Awards on 22 November

A few tickets are still available for the must-see Responsible Drinks Retailing Awards & Conference on 22 November. Experts from across the trade... 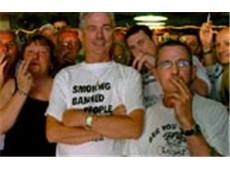 Smoke rebel voted out of Pubwatch

City and town centres are becoming "no-go areas" after dark partly due to "drunken skylarking", the chairman of an influential committee of MPs has...

This morning I have had a very distressed telephone call from a friend who is also chairman of the primary school PFA. Every year they hold a village...

JD Wetherspoon founder and chairman Tim Martin has indicated that he plans to remain at the company for the rest of his working life. Martin, who...

Back to basics: don't be caught out serving underage drinkers

As The Publican.com exclusively reported last week pubs are to face a crackdown on underage sales from Easter.Under a new 'three-strikes-and-out'...

Legal advice: Applying for a licence under the new regime

The legal steps required to open a pub, bar or restaurant are, in parts, perplexing and often cause frustration and annoyance to those new to the...

The licensed retail sector's most influential conference is back in May with an unrivalled array of the trade's top figures. Licensed Retail: the...

Can pubs shake up the cocktail market?