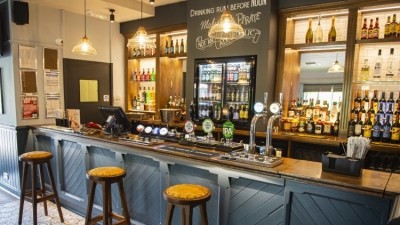 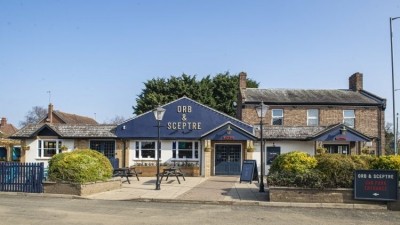 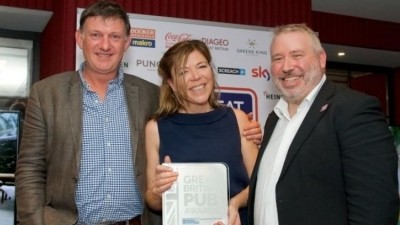 Best pub in the country owner shares secrets to success

The co-owner of the Best Pub of the Year, the Brisley Bell, gave top tips for running an award-winning pub, including creating a “warm” atmosphere and making the most of the surrounding setting.

Arrests made after series of ‘dine and dash’ incidents

Two people have been arrested and released pending further enquiries in connection with series of incidents where offenders made off without payment from restaurants and pubs across three counties. 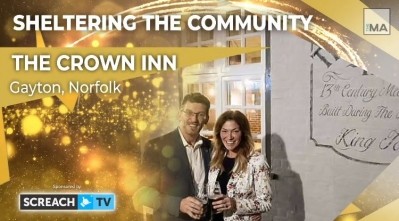 For pubs with rooms the lockdown was devastating to their business, but many operators recognised the need to help shelter the vulnerable and needy. 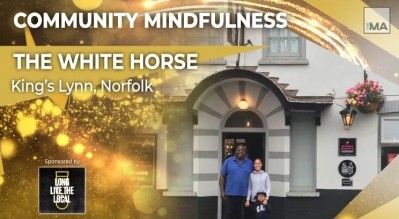 Keeping people connected is a vital service pubs do day in day out, but lockdown posed challenges for that, but for pubs like the White Horse, being shut wasn’t going to stop them reaching out. 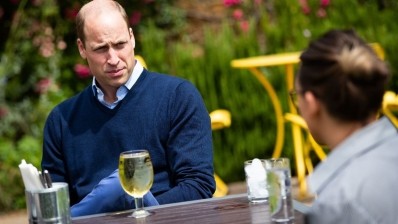 Prince William pops to the pub for a pint

Pubs received their biggest show of support prior to reopening on Saturday 4 July when HRH the Duke of Cambridge popped into the Rose & Crown in Snettisham, Norfolk, for a swift pint. 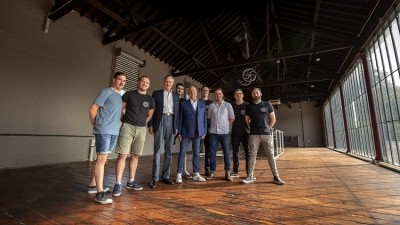 Beer brewer Bullards plans to revive its operation in Norfolk at a new £500,000 brewery. 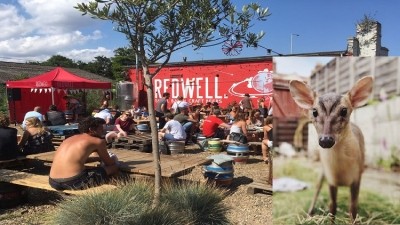 A Norfolk craft brewery has teamed up with a wildlife rescue organisation for a charity event day. 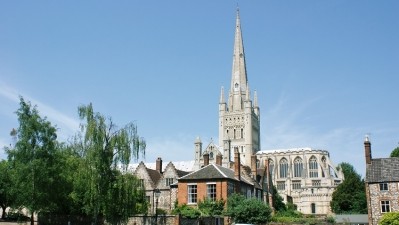 Our regional focus on East Anglia takes a look at the best pubs available in Norfolk, Suffolk and Cambridgeshire 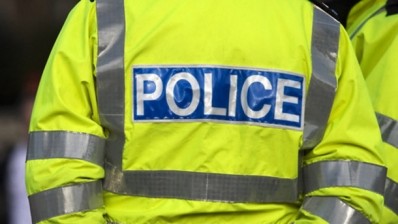 Pubs in Cromer, North Norfolk, closed early on Saturday night to “avoid trouble” after several reports of anti-social behaviour and public disorder over the weekend. 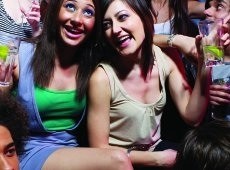 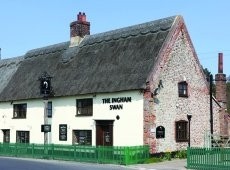 From working with the Roux brothers to becoming chef/patron of Norfolk's Ingham Swan, Daniel Smith tells Alison Baker about his successful journey. 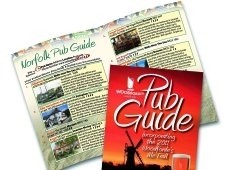 A brewery in Norfolk is launching a summer Ale Trail which it claims "is the largest ever cask ale trail in the UK organised by an independent brewery". 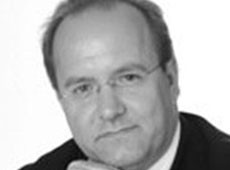 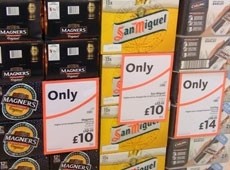 Coroner: drink in pubs not at home on cheap booze

A coroner in Norfolk has urged people to drink in the "sensible and sociable" environment of the pub rather than supping on cheap alcohol at home... 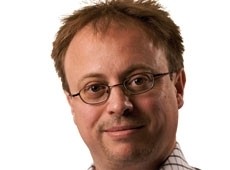 A shining example of a true host

The entire north Norfolk coast has been transformed by the commitment of the late Paul Whittome, owner of the Hoste Arms, says The PMA Team. 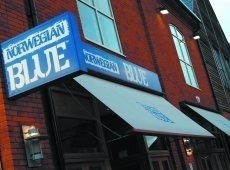 Norfolk Broads Brewing company, which trades as Humpty Dumpty, has bought the freehold of its brewery site. The firm bought outright the brewery...

Regional drinks distributor JV Trading has signed a deal to manage the supply of InBev UK's products to the freetrade in East Anglia.Freetraders...

The Association of Licensed Multiple Retailers (ALMR) has been boosted by five new companies joining the organisation. The ALMR has also announced...

Pub company Gastro Pubs plans to open 20 food-led pubs in East Anglia in the next five years. The company's second pub, the Compasses in Stansfield,...

Combining a bar, restaurant and eight letting rooms, the Two Lifeboats is located in Sheringham, Norfolk. On the ground floor, the Augusta bar has...

Encourage your customers to stay in the pub a bit longer by offering free warm sausage rolls as an after-work snack. Turkey parcels filled with...

ewan turney ewan.turney@william-reed. co.uk A judge has ruled that a Norfolk licensee can pay his annual premises licence fee on 24 November, rather... 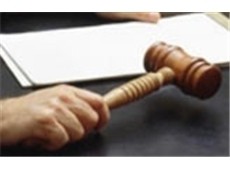 Judge rules licensee can pay annual fee on 24 November and not the date it was granted.

Rose and Crown www.roseandcrownsnettisham.co.uk Snettisham, Norfolk Jeanette and Anthony Goodrich are proud to boast a website that successfully...

The collapse of Countrywide Inns, Provence's managed division, may have placed a number of premises licences in jeopardy. The Ploughshare in Beeston,...

A licensee who arrived home after a quadruple heart-bypass only to find his pub destroyed by 2ft of water has found help from his regulars.Customers...

Christmas - How to survive the festive stress

Tips on how to survive festive stress

& Hounds A couple from Berkshire have taken on a popular freehold in Hempstead near Gresham's School, founded in 1555 by former Lord Mayor of...

by John Harrington The Bar Entertainment & Dance Association (BEDA) has hit out at the Security Industry Authority (SIA) for not showing up at a...

A Norfolk-based inn and small hotel operator, which is aiming to develop a chain of 10 across East Anglia during the next few years, has acquired a...

The opening of the Riverside leisure and entertainment complex on the east side of Norwich is causing record numbers of pubs in the city centre to...

The Ribs of Beef, Fye Bridge

A "city local" is how Roger Cawdron, chairman of the British Institute of Innkeeping's Anglia region, describes the Ribs of Beef, his freehouse at...

An unusual multi-faceted business set on a plot of some two acres in Norfolk has been sold by agent Guy Simmonds (Anglia). Yaxham Mill lies outside...

Applegate opts for a Head start in Belton

A pub that is a proven favourite with sports fans has been sold. Acting on behalf of Heather Barber and Larry Arnold, the Ipswich office of agent...

The Coach & Horses in the popular north west Norfolk village

The freehold freehouse was sold on behalf of partnership Mark Smith and Kim White through Norwich agents Guy Simmonds (Anglia) to The Oak Brewery of...

Keeping it in the family

The world's oldest commercial cider maker still in family hands, which lists military hero Lord Kitchener as a former fan of its products, has...

by Claire Hu A new co-operative was launched in Cambridge last week with the aim of raising the profile of beers and brewers in the east of England....

The royal connections of Norfolk freehouse the King's Head Hotel don't simply extend to its name. For the country house-style inn has been visited...

The Victoria provides a taste of the Raj in deepest Norfolk. In February 2001, Viscount Tom Coke, son of the Earl of Leicester, decided it was time...

Police have written to licensees in Norfolk to warn them about a gang of thieves who are targeting pubs in the area.In the last month, four pubs have...

Buyers moving away from London spark sales growthEast Anglia is the latest part of the country to experience a licensed property boom, according to...

Elgood's expands out of traditional area into Cambridge and Norwich

East Anglian brewer Elgood's is to expand out of its traditional area by buying its first pubs in the Cambridge and Norwich areas.The 200-year-old...