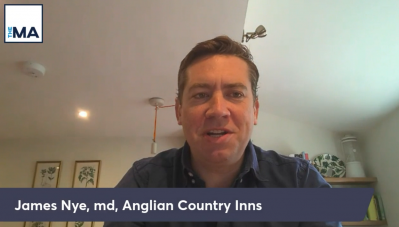 Pubs must remain an affordable treat

The MA's Ed Bedington catches up with Anglian Country Inns md James Nye to get his take on the week's news, from inflationary pressures, the return to the "new normal" and tackling the recruitment crisis. 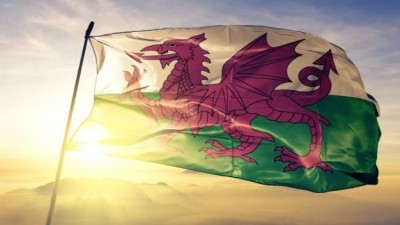 Cash-strapped hospitality businesses in Wales need "more TLC", not the extra worry of a Visitor Levy on top of rising costs, UKHospitality (UKH) Cymru has warned. 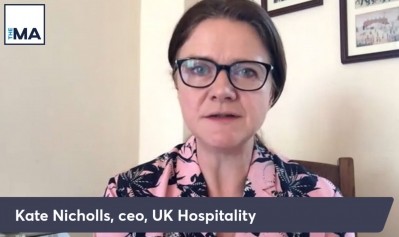 'Deaf ear at the heart of Government'

The MA's Ed Bedington caught up with UK Hospitality's Kate Nicholls to discuss the week's big developments including the disappointment of the Spring Statement and the challenges facing the sector down the line. 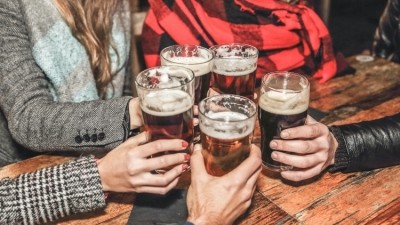 MA’S REVIEW OF THE WEEK

‘We’re still feeling a bit like the fun police’

The Morning Advertiser’s Ed Bedington spoke with Phil Thorley of Thorley Taverns to discuss the most recent on-trade news - including the latest on vaccine passports. 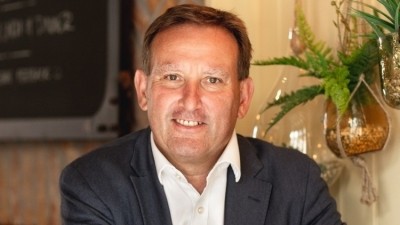 The MA’s Review of the Week

The Morning Advertiser's Ed Bedington speaks with City Pub Group chairman Clive Watson to reflect on some of the week's biggest headlines. 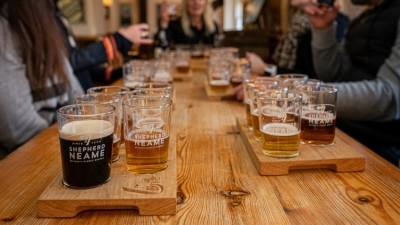 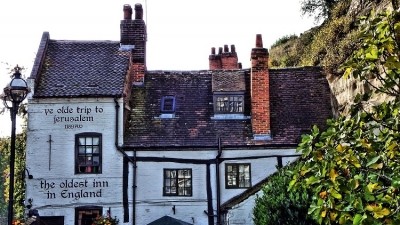 Pubs to capitalise on tourism growth ‘as much as possible’

The Government’s tourism agency has said British pubs are set to benefit from an increase in holidaymakers visiting the UK this year. 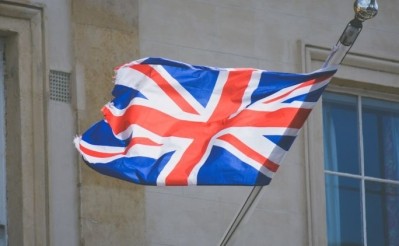 UKHospitality and Tourism Alliance have joined forces to publish guidance for the hospitality and tourism sectors in the event of a no-deal Brexit. 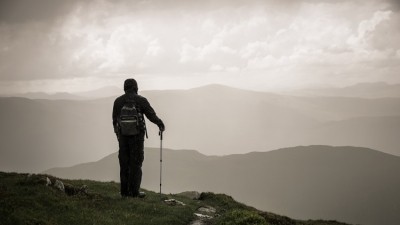 Hundreds of British pubs on or near great national walking trails are on course to benefit from a new tourist promotion. 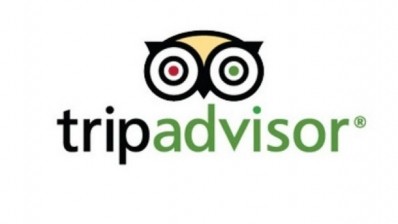 TripAdvisor has updated its homepage with a 'things to do' widget, including attractions such as restaurants and pubs. 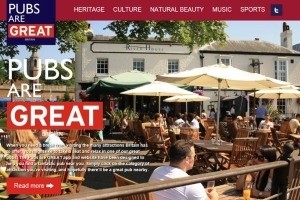 The British Beer & Pub Association (BBPA) and pubs minister Brandon Lewis MP are set to join forces next week to launch a website for the Pubs are GREAT campaign. 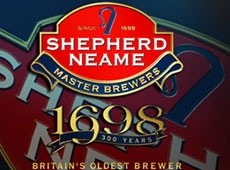 Shepherd Neame’s visitor centre has been shortlisted in the VisitEngland Awards for Excellence 2014. 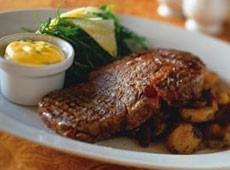 The Government has “no plans” to introduce a VAT cut for the tourism sector, according to Treasury minister David Gauke, who also said reducing VAT to 5% for catering services could cost the Exchequer between £9bn and £10bn per year. 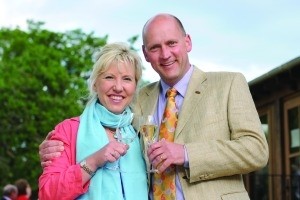 A remote Oxfordshire village pub is celebrating after being crowned Tourism Pub of the Year by VisitEngland.

Restaurants and pubs are among the locations where overseas tourists feel the most welcome during their stay in the UK, according to a survey of 9,000 departing overseas visitors. 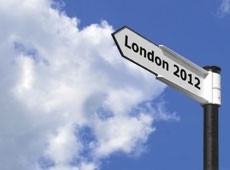 Pubs are being urged to support a campaign aimed at boosting domestic tourism this year by offering deals themed around the Olympics with at least 20.12% off.

The British Hospitality Association (BHA) has stepped up its campaign for VAT to be cut to 5% for the sector by writing to members urging their support. 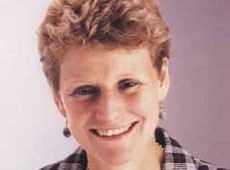 Tourism Alliance chair Brigid Simmonds has welcomed a £27m fund to attract an extra 4.6m visitors to Britain over the next four years. 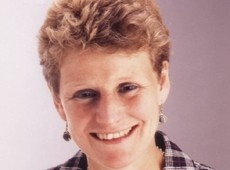 Brigid Simmonds OBE, chief executive of the British Beer and Pub Association (BBPA), has been appointed as the new chairman of the Tourism Alliance. 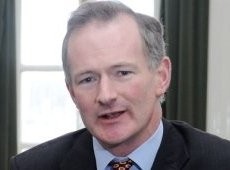 Penrose: VAT cut off the agenda

A VAT cut for the leisure sector is off the agenda for the next three years, according to the Government's new tourism strategy. 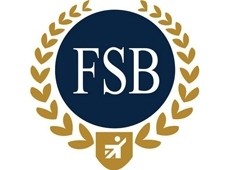 The Government has been accused of "tinkering around the edges" and being "long on vision, short on implementation" with its new tourism strategy....

Pubs outside of London are set for an extra boost after the government promised to rebalance the economy away from the capital as part of a new...

Penrose: we must sell Britain to tourists

UK tourism industry needs to sell itself more to both domestic and international tourists. That's the view of tourism minister John Penrose, who...

A new brewing visitor centre and museum is set to open in Burton next year on the site of the old Coors facility. The new complex - the National...

What are the first things that tourists want to visit when they come to this country?Sure - Big Ben, Buckingham Palace, Stonehenge …but right up...

Pubs urged to make most of summer tourist trade

Pubs have a "great opportunity" this summer to capitalise on the trend for holidaying in this country, according to the chairwoman of enjoyEngland....

Pubs to benefit from Walkers promotion

Walkers has teamed up with around 500 pubs as part of a major new promotion. 'Gary's Great Trips' will allow customers to collect pack points and...

Tourism award to go on Proud of Pubs tour

The Proud of Pubs message is going on tour thanks to actor, publican and brewer Neil Morrissey in the shape of a major new award dedicated to the...

A national tourism agency has launched a scheme to help pubs "go green" - and advertise the fact to customers. Pubs will be listed on national...

Chris Lewis, licensee, the Moat House in Stafford Corporate goal for the year? To maintain consistent profit growth in an increasingly-competitive... 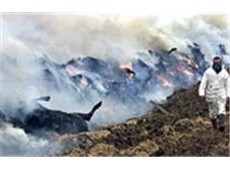 Government has offered tax breaks for pubs that are affected by the foot and mouth outbreak. Although there is little sign that many pubs have been...

Call for deferral on payments for flood-hit businesses

Pubs and other hospitality and tourism businesses affected by the floods should be given a six-month deferment on VAT, national insurance and...

Licensees and operators are being urged to put pubs at the heart of a week-long campaign to promote Britain to tourists. Tourism agency VisitBritain...

Kent licensee aims to fly tourists to his pub

A Kent licensee has come up with a novel way to get more tourists in his pub - create his own holiday package.John Freeman, owner of the Black Horse...

Pubs are under-represented in tourism, and need to do more to market themselves in the sector, while too few trade bodies recognise the role that...

The facts about Bed Tax

If you carry out a search for the words "bed tax" on the internet you will get a stream of stories from hotel groups claiming it will force them out... 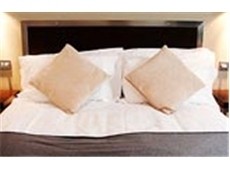 Hospitality industry bosses attended a summit meeting with tourism minister Shaun Woodward yesterday (Wednesday) in an effort to stave off the threat of a controversial "bed tax" on letting accommodation.

In a popular tourist destination not particularly blessed with good pub food venues, the Harbour Inn stands out on the seafront. There are two...

by John Harrington A multi-million-pound campaign is on its way to lure visitors back to London following last month's bomb attacks. It comes as many...

Pubs braced for loss of tourist trade in wake of attacks

Pubs are bracing themselves for a sharp downturn in tourism as fears of a sustained terror campaign mount. Research carried out by the Tourism...

Any downturn in tourism after the London terrorist bomb attacks will last 'weeks rather than months, tourism experts have predicted. In the immediate...

The British pub attracts a lot of tourists. But are you marketing it in the right way?Let's be frank. If you were trying to sell the UK as a tourism...

Irish publicans haven't been crying wolf over the slump in business since the smoking ban, according to official figures issued last week from the...

British pubs are losing custom because of a fall in the number of tourists.Britain's top tourist attractions suffered a big dip in visitors last...

Pubs enjoyed a bumper Easter weekend as many Brits got out and about in the sunshine instead of travelling abroad.Pubs reported soaring sales over...

Trade booms thanks to warm weather

The war has not dampened the spirits of customers, claim publicans who are reporting a boom in trade thanks to the good weather.However many said it...

Pubs seen as crucial in bid to promote tourism

By Clive Smith and The PMA Team Pubs can play a huge role in helping to persuade more people to visit the UK from abroad. British Tourist Association...