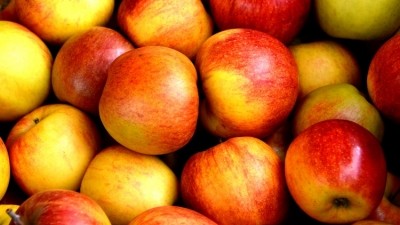 Operators should widen their draught cider offer after volume sales of packaged cider saw a fall of 9.3% since last year, new figures have revealed.

In association with Pernod Ricard UK 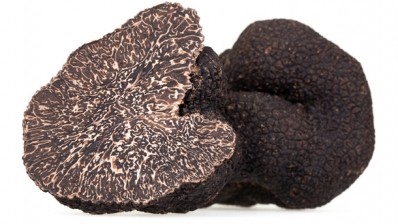 They are potentially the most expensive fungi known to man, with prices regularly exceeding £30 per gram, but there are ways to extend the use of truffles beyond thinly shaving them over a dish. 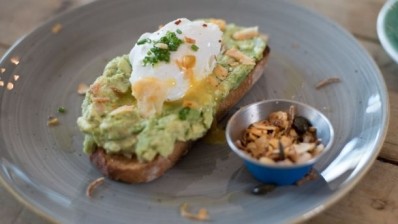 A record number of Streatham-based pubs have signed up to a five-day food festival to showcase the eclectic cuisine in the district. 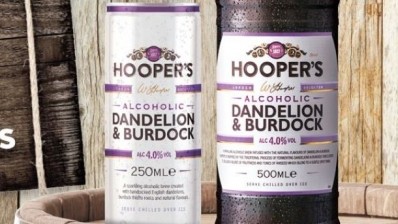 Drinks brand Hooper’s is set to penetrate the ready-to-serve (RTS) can sector with its leading flavour, Dandelion and Burdock. 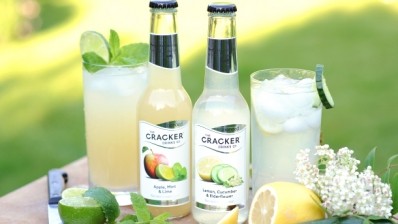 Stonegate Pubs' New Supplier of the Year is Cracker Drinks

Stonegate Pubs’ New Supplier of the Year 2015 has been awarded to Cracker Drinks Co, following the launch of its premium adult fruit juice drinks into the Classic Inns and Slug and Lettuce brands. 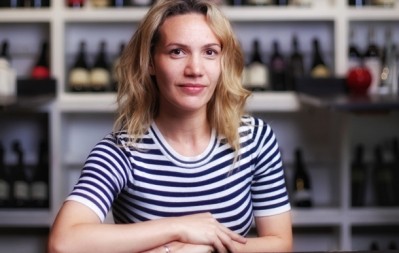 Honesty and transparency in drinks creation is important, but so is the skill of a good blend. It is something that has been overlooked for some time. Why? Because, these days, we’re a bit suspicious of anything rogue. Is there horse meat in it? Nuts?... 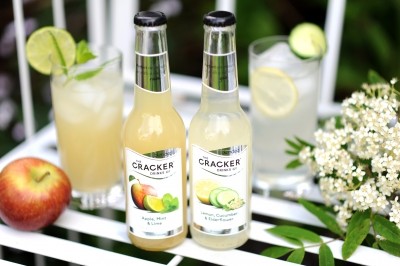 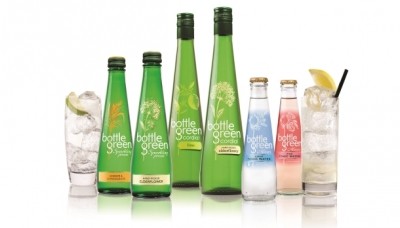 The essential round-up of soft drinks launches and news from August. 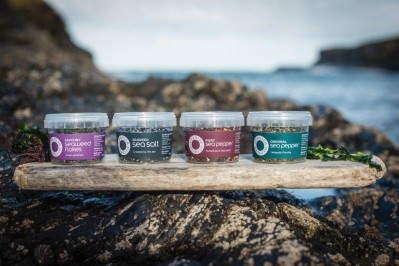 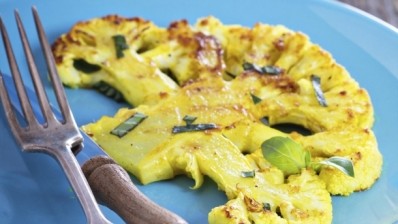 Trend watch: will cauliflower be king in 2015?

Cauliflower probably isn’t the first ingredient that comes into a head chef’s mind during menu development. 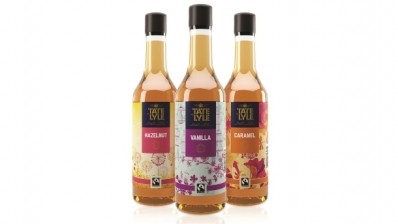 Tate & Lyle is capitalising on the growth of flavoured coffee with the launch of a Fairtrade syrups range. 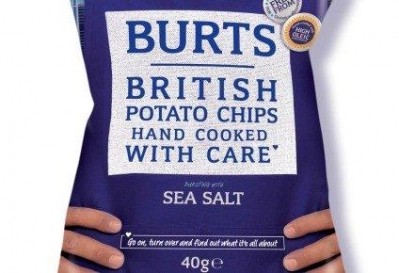 Burts Chips has strengthened its provenance credentials by switching to locally-sourced salt in its top-selling crisp flavour. 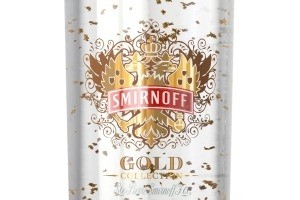 Smirnoff goes for Gold in the shot market

A gold flecked, cinnamon infused liqueur is the latest addition to the Smirnoff flavoured vodka line-up. 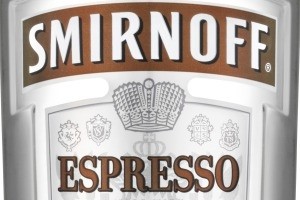 Coffee-flavoured Smirnoff will be hitting shelves next month, as brand owner Diageo looks to match the success of the flavoured vodka segment in US, where it accounts for 18% of the total vodka category.

Flavoured Red Bull to be launched for the first time

Red Bull is rolling out cranberry, lime and blueberry versions of its energy drink, the first flavour extensions it has ever launched in the UK. 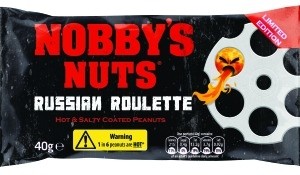 Punters are being asked to play Russian roulette with their nuts, as Nobby’s reveals its first new product variant in five years. 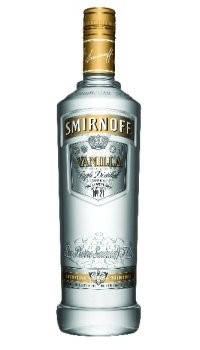 Diageo has launched a vanilla variant to its Smirnoff vodka ‘Flavours’ range. 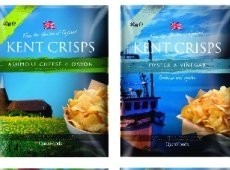 The world is Kent Crisps' oyster

Posh crisps have been all the rage for a while but new brand Kent Crisps is taking things to a whole new level with its new Oyster & Vinegar... 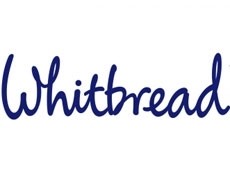 A number of Whitbread brands have introduced a variety of lower salt soups to their menus. Brewers Fayre, Beefeater Grill and Table Table now offer... 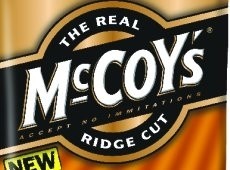 UBUK promotions lined up for 2011

United Biscuits has unveiled a raft of promotions and activities for 2011, including a new tie-up between Hula Hoops and Britain's Got Talent.

First Drinks said it has no plans to revert back to the old Sailor Jerry's recipe despite a 15,000-strong Facebook campaign threatening to boycott...

Profile: Anything goes at Monin

Bourges in France has many things to be proud of. For example, residents of the medieval town, which was the French capital in times gone by, like to...

Driving new food business: Taste the difference at the The Falcon, Leicestershire

Every pub menu walks the line between the traditional pub classics customers want to see and offering something a bit different to drive trade.The...

Summer special: A taste of the season

Apple Wedges from Lamb Weston are a great way to brighten up summer dessert menus. Made from real apples, dipped in a naturally sweet batter, the...

Britvic has relaunched market-leading children's soft drink Fruit Shoot, and added two new flavours to the range. Fruit Shoot has been given a new...

Walkers announces 'Do Us A Flavour' finalists

Walkers has announced the six finalists in its 'Do Us A Flavour' campaign, in which members of the public were asked to invent their own flavour. The...

Addlestones is the proud headline sponsor of the PubChef Top 30 Gastropubs 2008, and to celebrate the company is giving you the chance to win some...

With the summer coming to an end and the nights drawing in, consumers begin to look for meals that are more suited to the impending autumn months....

Diageo is to test two new vodka flavours, Lime Smirnoff and Green Apple Smirnoff, in a select number of pubs and bars. The trial, starting this month...

World Food Market 2007 take place in London on November 21 and 22, with a chance to catch up of flavour trends and new products in the ethnic food...

Richard Fox looks at easy ideas for using seafood on your menu When I try to recall one of those "best-ever" meal experiences, the setting is...

Seabrook's range is hot to trot

Seabrook Crisps has unveiled a new Hot & Spicy range, the first of three anticipated product launches from the company over the next year. The...

What's the best thing to quench a hot and spicy thirst? A pint of cold beer, of course, which is one good reason publicans will welcome the new Hot...

Pubs can cash in on the growing popularity of Italian flavours with the launch of a range of frozen Risottos from Tilda.The dishes offer authentic...

Our team category saw four teams of two cooking up a three-course pub menu of their choice. The four teams had to work together to create a starter,...

Beer may have lost its place at dining tables in recent decades but in recent years it has been a culinary comeback kid, taking a rightful place as...

There's quite a buzz around beer and food combinations in food circles at the moment. More and more consumers are coming to appreciate the full range...

Nine chefs were in the spotlight of the live theatre at Hotelympia for the Major Culinary Challenge final 2005.The competitors had to cook and serve...

Jonny Haughton's favourites Places to eat - "The places are all local to where I used to live in Hammersmith, west London, and they all have the...

If you are going to do a standard three-course Christmas lunch try to make sure the first course is cold. This way, there's no messing around with...

Nestlé FoodServices has launched a new range of culinary aids designed to deliver a more natural taste and appearance, under its Maggi brand.The new...