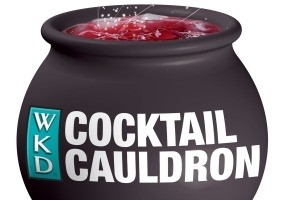 Spooky cocktail cauldrons form part of a push for WKD this Halloween. 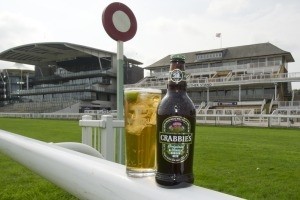 Crabbie's to sponsor the Grand National

The Grand National is to become the Crabbie’s Grand National under the terms of a new sponsorship deal between the alcoholic ginger beer and the famous steeplechase event. 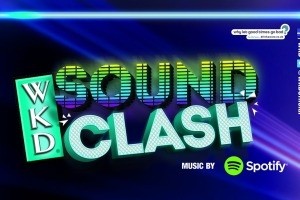 WKD makes a noise with Spotify

Alcopop brand WKD has teamed up with Spotify, the music streaming service, and DJs Lauren Pope and Melvin (one half of Rickie & Melvin from the Kiss FM Breakfast show) to create a series of “crowd sourced” nights out. 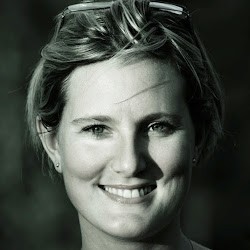 Is the over-ice trend finally over?

Last time I remember a hot spell this good it was the summer of cider. Back in the baking heat of 2006, you quite literally could not move for Magners clinking over ice. 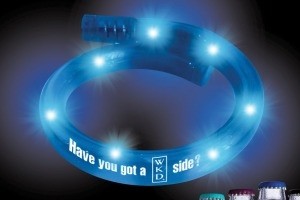 As August approaches, WKD owner SHS Drinks is urging licensees to get prepared for the final summer bank holiday of the year (24 to 26 August) with a new campaign for the RTD brand. 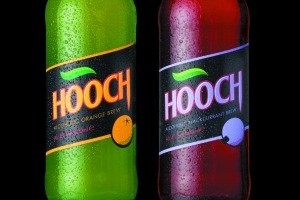 Global Brands is extending its Hooch brand with two new flavours, a year after it revived the drink. 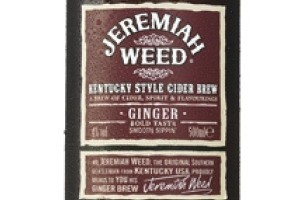 Diageo has entered the cider category by rebranding its Jeremiah Weed brand as a “Kentucky Style Cider Brew.” 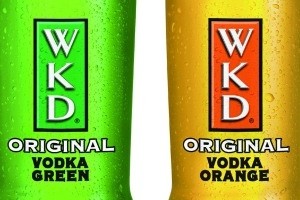 Orange and green variants will join the WKD line up, as owner SHS Drinks looks to attract new drinkers to the brand by adding two of the most popular alcopop flavours to the range. 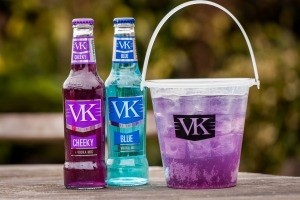 VK brings the beach to the bar this summer 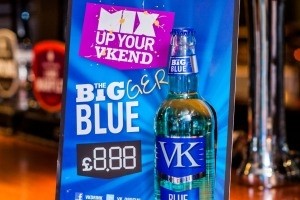 Global Brands has put its RTD range, VK, into bigger 500ml bottles, to tap into the trend for longer, over-ice drinks and mixed drinks served in pitchers.

Global Brands "shaking up" portfolio to concentrate on Hooch, Reef and VK

Global Brands is ditching four brands from its portfolio, as it looks to focus on a “tighter core range.”

On-trade beer volumes fell 5% in the year to 6 October, while RTD sales have received an unexpected lift as ciders, perries and premium spirits continue to drive growth in pubs and bars. 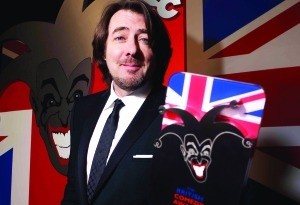 Frobishers helps out at comedy awards

Top comedians, including Sarah Millican and Steve Coogan, are set for a fruity time at this year’s British Comedy Awards. 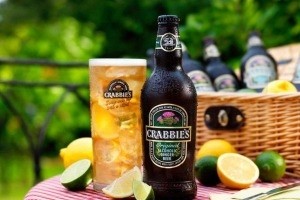 Alcoholic ginger beer Crabbie’s is to get its “biggest ever” marketing spend for Christmas this December, including sponsorship of ITV, ITV2 and STV. 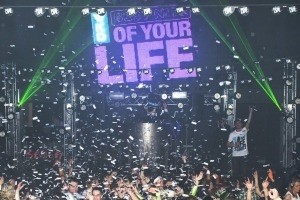 WKD Club Edition, the new late night variant introduced by Beverage Brands in March, will be supported by a series of parties in selected venues. 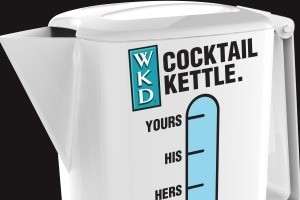 Tens of thousands of WKD ‘cocktail kettles’ are being rolled out across the on-trade, as brand owner SHS Group looks to capitalise on the growth in the cocktail market. 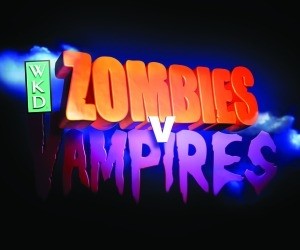 Zombies will meet vampires in a battle for supremacy in UK pubs this Halloween, as WKD unveiled details of its annual spooky campaign. 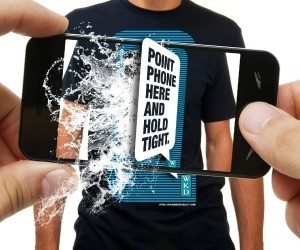 WKD has launched the latest in its line of “unique” merchandise with an augmented reality t-shirt aimed at students. 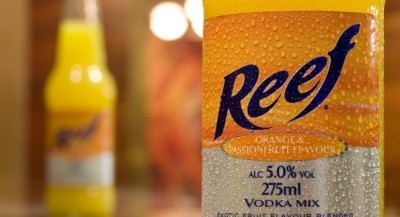 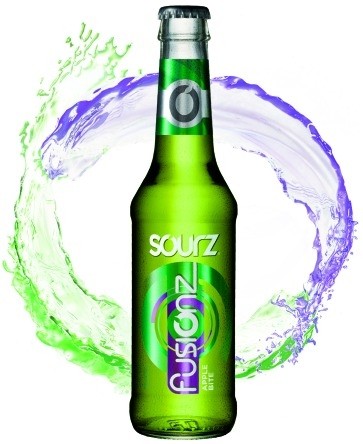 Maxxium UK is investing £10m in the launch of its first ever ready-to-drink (RTD) format for Sourz. 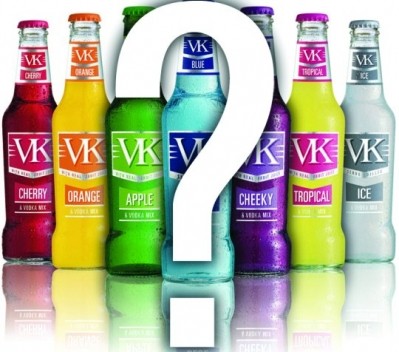 Global Brands is asking consumers to come up with a new VK flavour in time for Freshers’ Week celebrations in September. 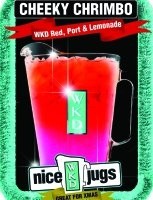 WKD is set to be backed with TV, in-outlet and digital support to ramp up consumer demand for the brand in the lead-up to Christmas, while stockists will receive a range of trade deals and free PoS. 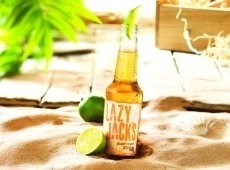 Halewood International is set to launch a new bottled RTD called Lazy Jack's in an effort to target 18 to 25-year-old men. The drinks manufacturer... 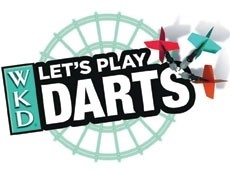 WKD is to bring its trademark cheeky humour to darts as part of a sponsorship deal with the Professional Darts Corporation. The RTD and cider range...

New Purple flavour will be supported with a £3m campaign

This month, VK gets both an updated bottle design and a £10 million marketing push to boost sales throughout 2011. The campaign, which will sport...

Bacardi Brown Forman is launching into the ready to drink cocktail market with Bacardi Mojito and Bacardi Cuba Libre. The move is to open up the...

Turbo Shandy, a new drink which aims to bridge the gap between lagers and RTDs, has been launched. The drink is brewed in the Lake District and... 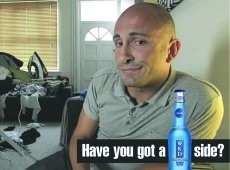 WKD-owner Beverage Brands has invested in a TV ad to boost its Win Whatever You Ask For (but only if we like it) campaign.

Turbo shandy - the mix of alcoholic lemonade and beer beloved by students - is to be launched as an RTD.

Drinks Product Launches of the Year: We have lift-off

Christmas - it's the time of year where it's out with the old and in with the new. The scruffy old slippers with the hole in the right toe, and...

Forget the Michelin and Egon Ronay guides to great food. RTD brand WKD has produced its own foody bible to that most humble of after-hours snacks -...

VK gears up to celebrate Hallowe'en 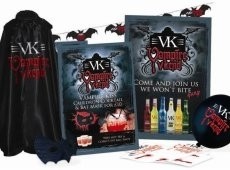 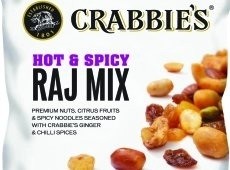 The Crabbie's Alcoholic Ginger Beer brand is moving into snacks, with the launch of a range of ginger-flavoured nuts. Brand owner Halewood...

Royal booze-up in brewery I felt disposed to get down on one knee last week when onto my desk floated an invitation to the official Royal opening of... 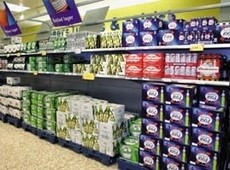 Tesco caught out on cheap alcohol

Tesco is the only supermarket to sell alcohol below duty plus VAT, the definition of cost-price favoured by many in the off-trade — including the...

Last week Tesco declared it was prepared to stop selling alcohol below cost price and would back the imposition of minimum prices. But a spokesman... 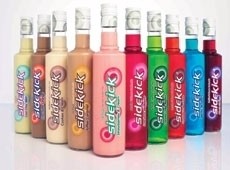 Halewood International has repositioned its Sidekick brand to cash in on the demand for long drinks and pitchers. The brand is being given a new...

WKD Core will feature in a new regional outdoor campaign in time for the Spring season. 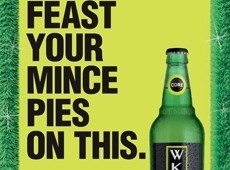 Beverage Brands has unwrapped a series of witty posters for WKD to liven up the festive season, along with separate adverts for WKD Core. The WKD... 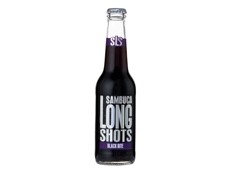 Fizzy sambuca is set to hit UK bars in the form of a new RTD range from distributor Hi Spirits. The company is hoping the launch will capitalise on...

There we all were waiting for a sambuca-based RTD and along come two at once. The RTD category is apparently in terminal decline, pubs selling 15.4...

Comment: How much impact will an alcohol advertising ban really have on pubs?

How much of an impact would a ban on alcohol advertising have on pubs' ability to sell booze? Maybe not that much. The British Medical Association...

Wetherspoons has confirmed it is introducing a large range of new drinks. As exclusively revealed by thepublican.com last week, alcoholic ginger beer...

The latest industry attempt to tackle problem drinking kicked-off this week with the launch of the Campaign for Smarter Drinking. Essentially this... 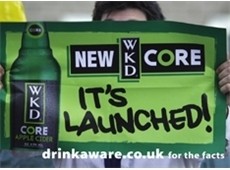 Beverage Brands is launching a digital campaign for its cider WKD Core — it will include ads on social networking sites.

Welcome to the very first Licensees' Choice Awards! This new initiative is designed to celebrate the drinks brands in the UK pub market that...